THE MARTYRDOM OF SAINT ANDREW 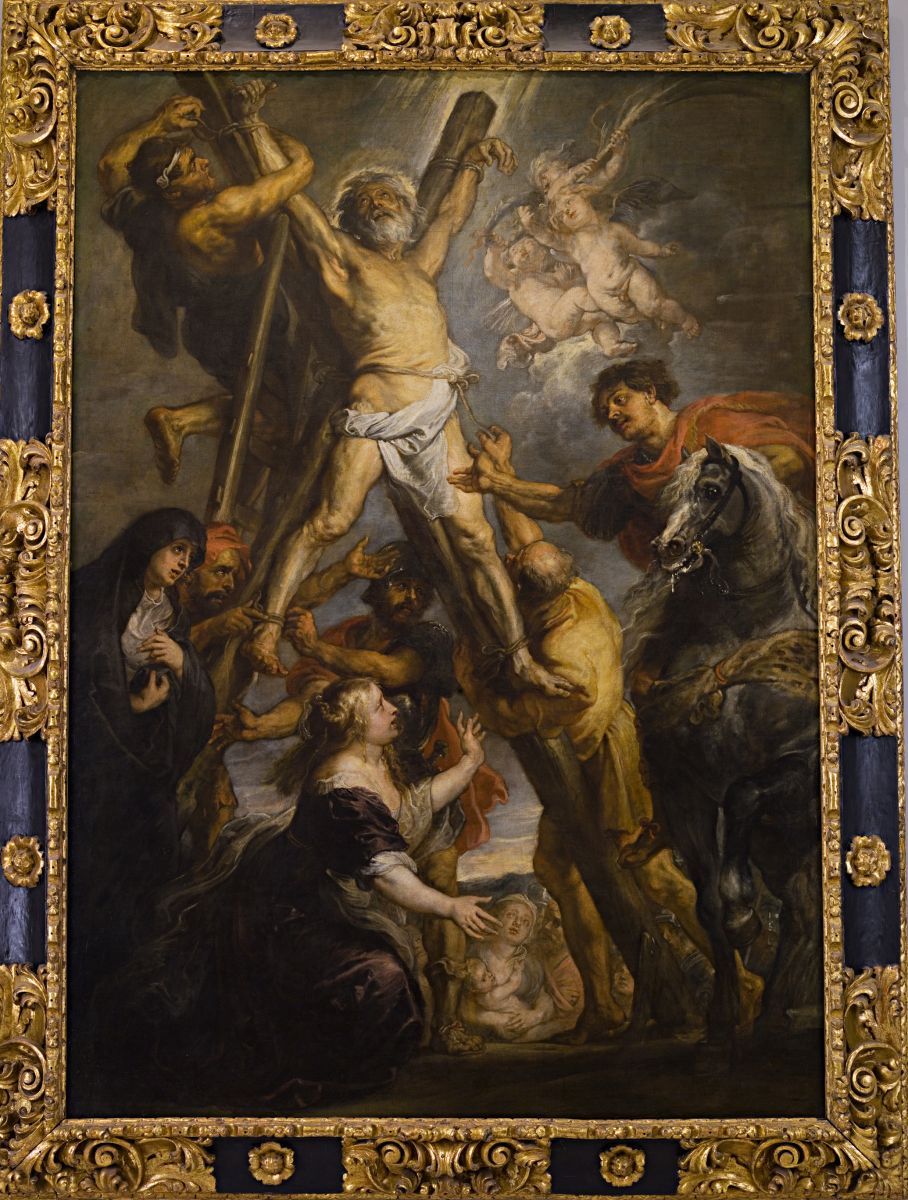 The Martyrdom of Saint Andrew (1638-39) was painted by Peter Paul Rubens for the high altar of the Real Hospital de San Andrés de los Flamencos, the origin of Fundación Carlos de Amberes. The painting, which is a great masterpiece as well as a hallmark, has belonged to the Fundación ever since then. It is a masterpiece in all respects.

Rubens tells the story of Saint Andrew's death according to the Golden Legend by Jacopo da Voragine: crucified because he did not worship idols, the proconsul Aegeus decided on the third day to descend him from the cross. The proconsul on his horse and his henchmen unleash the saint, while his wife Maximilia intercedes for his life. But Andrew expresses his wish not to be unleashed because a better life is expecting him and, bathed by a miraculous golden light from the sky, he dies. Rubens represents the story in a very synthetic, straightforward and effective manner: the dramatic focus is on Maximilia's pleading attitude, the superb figure of the riding proconsul and Saint Andrew's dynamic figure, who dominates the composition. The characters' wide gestures are the key: Maximilia's open arms, which symbolise her supplication for mercy; the late magnanimous decision of Aegeus expressed by his face and his open hand and, above all, Saint Andrew's heroic choice and expression of pain.

Although Madrid (Prado Museum) has the best collection of Rubens paintings in the world, our masterpiece is unique in Spain: an altar painting of huge proportions (306 x 216 cm) and outstanding artistic quality, made at the climax of the artist's career. The frame, quite unusual on a Rubens painting in Spain, is the original one. It has a huge historical asset as a document on the relationships between Flanders and Madrid Court in the beginning of the 16th century, and it has to be recognised as such. 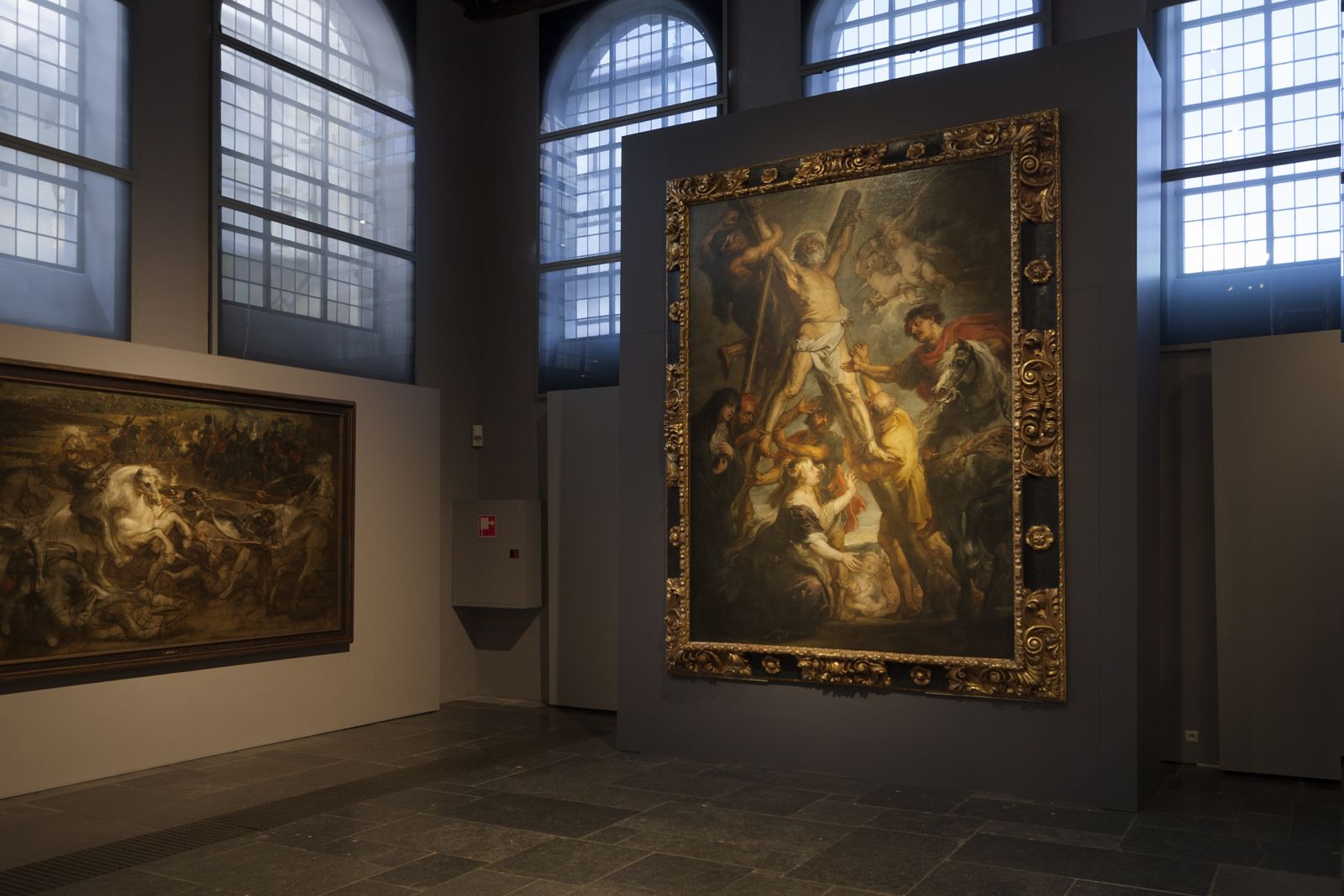