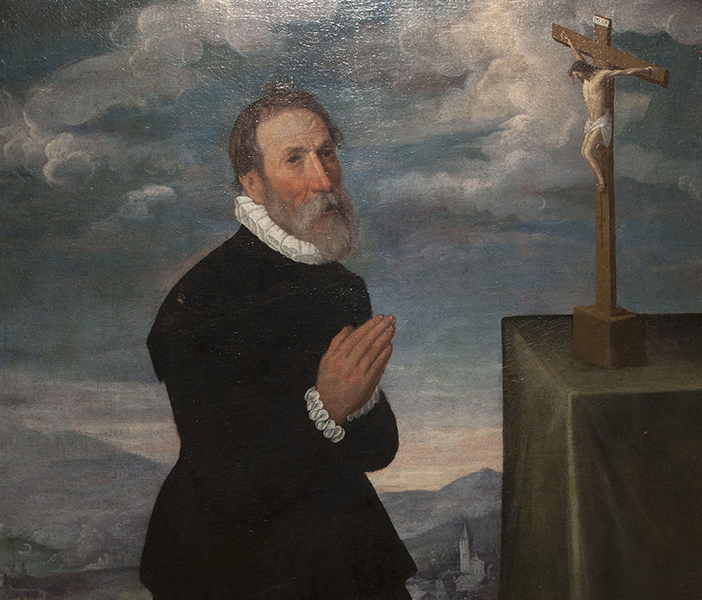 The history of the “Real Diputación San Andrés de los Flamencos-Foundation Carlos de Amberes” dates back to 1594, the year in which Charles of Antwerp, a native of this city in the Duchy of Brabant, transferred by public deed a series of buildings that on his death might serve as shelter and lodging for the poor and pilgrims from the Seventeen Provinces who were visiting Madrid.

The establishment of the Hospital of St. Andrew of the Flemish coincided with the founding of other private charity institutions, especially set up for the members of the same nationality, corporation or guild. On the death of Charles of Antwerp in 1604, the Royal archer Miguel de Frene took it upon himself to implement the founder’s idea dedicating the new Hospital, temporarily set up in one of the bequeathed houses, to St. Andrew, patron saint of the people of Burgundy.